The Naples flag in the early 1800s was white, red and black - like some Neapolitan ice creams - substituting chocolate for black.

Neapolitan or Pinachee Cream Ices (Petites Crimes a la Napolitaine) 1885
You must have a Neapolitan box for this ice (p. 52), and fill it up in 3 or 4 layers with different coloured and flavoured ice creams (a water ice may be used with the custards); for instance, lemon, vanilla, chocolate, and pistachio. Mould in the patent ice cave for about 1 1/2 to 2 hours, turn it out, cut it in slices, and arrange neatly on the dish on a napkin or dish-paper.


Neapolitan Ice Cream or Pocchi Occhi    1893
Make 3 colors of ice cream or 2 creams and 1 water ice in different freezers, and when they are frozen medium hard place them in layers as even as possible in a brick shaped neapolitan mould. Let the first layer, about an inch deep be of rich yellow frozen custard made with yolks of eggs and milk as already else-where directed; having smoothed that over spread another layer an inch deep of pink strawberry ice cream or red cherry water ice or other red kind, and on that spread another layer of white ice cream, either pure cream frozen or a com starch cream made without yolks of eggs, or else a white orange or lemon ice. Three colors of cream are to be chosen, however, in preference to any water ice when they can be had, because they freeze of even density.
Whitehead, Jessup.  Cooking for Profit: A New American Cookbook. 3rd  Chicago: 1893

Neapolitan molds can be bought at the house-furnishing stores. They are of about the size and shape of a cigar box; but top and bottom can be taken off; some have the top lid stamped in a fruit shape like a jelly mold. There is no particular rule as to what kind of ices shall be used.”
Dixie Cook-book.Atlanta: 1885

Neapolitan Molds and How to Manage Them.
Properly made molds have a bottom lid as well as top. They can be bought at the furnishing stores. The large establishments, however, find it less trouble to use plain tin boxes almost identical in size and shape with the common wooden cigar boxes. They have a tight fitting top lid, and before being filled are lined with manilla paper, by means of which the brick of ice cream after being firmly frozen can easily be withdrawn. It is an advantage to use a paper lining in whichever kind of mold may be employed.

Where ice is plentiful, when the freezers have been emptied into the molds these may be packed in the same freezers, well covered down and allowed to remain there two or three hours to become firm. If there is the least risk of the inside not being cold enough, however, immerse the molds in a tub of pounded ice and salt by themselves. Before doing so the joints of the lids should be closed, if not made tight enough with paper, by brushing with melted butter to fill up the spaces where salt might get in.

When the molds have remained in the freezing mixture 2 or 3 hours wash off the outside, take out the shape of cream and wrap it in dry manilla paper and put it back in the freezer, well packed, to remain until it is to be sliced and served. All kinds of ice creams and frozen puddings in single colors are thus frozen in bricks and served in slices. When to be served at a party table whole the stamped ornamental lid may have the fruit or flower form filled with a colored ice that will show in relief upon the plain form. These forms are served upon a folded napkin in a dish, in some cases, but are better placed in a silver dish having a drainer bottom on the plan of a butter dish.

Among the labor-saving expedients to secure the ornamental tri-colored brick of cream without making different kinds the principal is the employment of the prepared vegetable colors, to be obtained of the manufacturers of flavoring extracts, by which one large freezer of ice cream may be made to take as many different hues as may be desired.


Cost of molded creams — This is quite out of proportion to the cost of ingredients. The extra time and labor and consumption of ice probably will be found to double the expense.

The spoon shown has a double use ; the bowl is for putting the mixture into the mould, and the handle is for levelling it; naturally, it is equally useful for other ices. The boxes may be had in tin at much less cost than pewter ; they are also sold small enough to make single ices, but these are much more troublesome to prepare. After filling the moulds, if no cave, “bed ” in ice in the usual way. 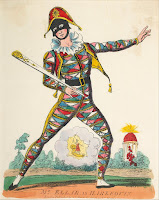 This is any three ice-creams wished arranged in layers, as illustrated, in the Brick mold; vanilla, pistachio and strawberry are used together, or chocolate, strawberry and vanilla, or almond, or any nut or fruit cream, or a water-ice is used for one layer. The mold is then bound and packed as directed.
The New Practical Housekeeping.  Minneapolis MN: 1890


There are two entirely different cream ices known to the American housewife; the Neapolitan, which is that usually served abroad, and the Philadelphia, whose name indicates its origin.

The fundamental difference between the two classes of ice cream is, that while Neapolitan cream is made from a custard [eggs and milk], the Philadelphia is made from pure cream sweetened and flavored.

Unless eggs are very high [expensive] the former [Neopolitan] is the cheaper [ice] cream, and may always be so if cornstarch replaces the eggs even in part. The method of making ice cream varies with the kind and the ingredients used.
Good Housekeeping Magazine.  July 1911