Just look at that chicken climbing the ladder. The following 9 pictures show three basic types of ladders and ramps since the 16th century.

A chicken basket, chicken ladder, turkeys and two peacocks (on the back wall) are just a few things in the 1823 work by Johann Michael Voltz (1784-1858) translated as The Chicken Yard.  Click on the picture for a larger version.  I did a previous posting on chicken baskets HERE and peacocks (on/in a pie)  HERE. 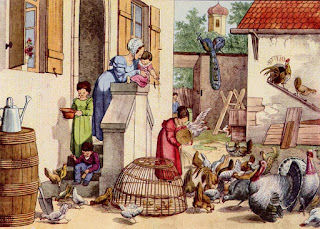 While looking for more about the Voltz picture, I came across an entire blog on chicken ladders with a great collection of pictures. Check out Huehnerleiterwelten .(German for: chicken-huehner, ladder-leiter, world-welten). 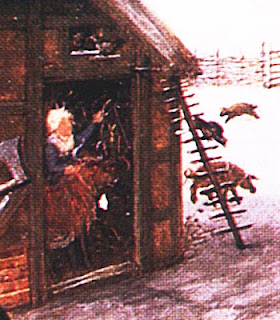 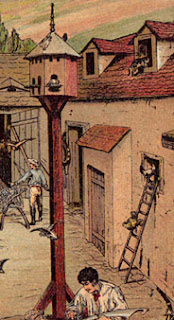 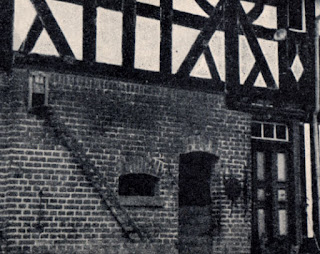 The chicken ladder with open rungs can be seen in part of a farmhouse in Westerwald, Germany.  1938 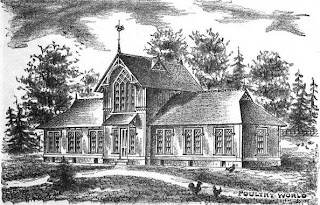