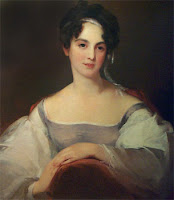 The wealthy and socially prominent Jane Gilmor Howard, as Mrs. B. C. Howard, wrote the immensely popular 1873 fundraising cookbook.  One of the recipes, “Belvidere Rice Pudding” was named for Belvidere, the large 18th century 'seat’ of the Howards, where she lived. 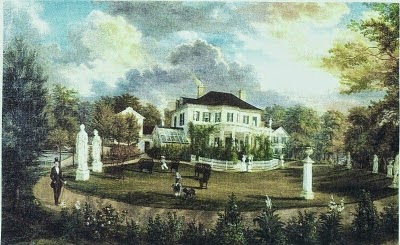 They were both from wealthy Baltimore families. Benjamin was one of six sons and two daughters born to Col. John Eager Howard of Revolutionary War fame and his wife Margaret (Peggy) Chew, daughter of Pennsylvania Chief Justice Benjamin Chew of Cliveden in Philadelphia and courted by the British Major John Andre. 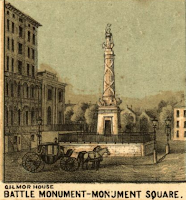 Jane's father was William Gilmor, a wealthy merchant who built a mansion on Monument Square and a country house "Vineyard," her uncle was the collector Robert Gilmor, and her aunt Jane Gilmor Grant died a couple years after Jane's birth. 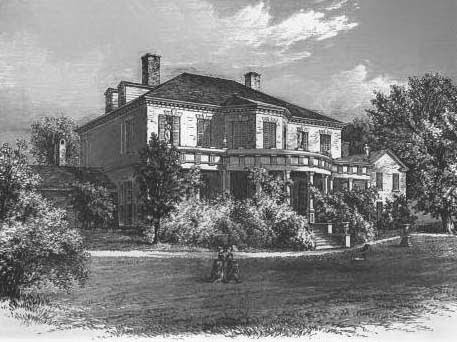 Belvidere was Governor John Eager Howard’s mansion with impressive gardens. The estate was just north of Baltimore City in a large wooded area known as "Howard's Woods" on the west side of the Jones Falls river. (Shown in the 1801 map below, in the center with a white arrow pointed at the house and gardens.)  Started the year before they married in 1787, they moved into the completed north wing building, until it the central part was finished eight years later.  Benjamin was raised on the large estate, and after he wed Jane, the “… early married life of the young couple was passed at Belvidere, and Mrs. Howard, who is now an interesting lady past fourscore, has a very agreeable recollection of the gayety that reigned there when Colonel John Eager Howard was the head of the house.” [Harpers]

In 1827, when Col. Howard died, Ben and Jane Howard inherited Belvidere, even though he was the third son, the eldest, John Eager Howard, Jr. had died in Oct. 1822 (with brother-in-law John McHenry in Mercersburg, Pa. where both were buried) and the second son (a future Governor) George had been given another estate, Waverly (now owned by Howard County, MD).  After fighting in the War of 1812 and a decade practicing law in Baltimore, Benjamin Chew Howard was elected to four terms in the U.S. House of Representatives beginning in 1829, then spent twenty years as the Recorder of the Supreme Court in Washington, D.C. 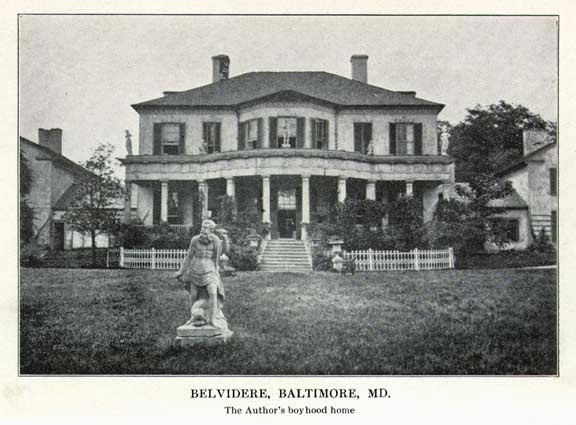 The "Howard mansion house" was bought by wealthy businessman John S. McKim in 1844, (photo) sold to the city for one dollar by his widow in 1874 then demolished to make room for the encroaching Calvert Street.  On land once part of Belvidere, The Belvedere - spelled with an e instead of i - hotel was built in 1903 at Charles Street, and still exists. [Appleton’s] 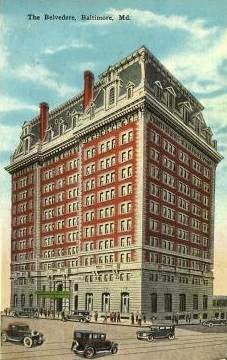 Wash the rice to remove the floury particles, and put it into the oven, in the dish in which it is to be served, with the sugar, cinnamon, and half of the milk, reserving the other half to add, a little at a time, as the first stews away.

It requires to stew slowly, not boil, from three and a half to four hours, and when finished, should be rather thick, and look like rich yellow cream.

No milk must be added the last half hour, as it should be covered with brown skin when sent to table.

It should not be stirred or disturbed, except by the addition of the milk, while in the oven.

Note:  After 4 hours of slow baking, the rice pudding becomes very thick and viscous.  Well worth the time. However the resulting crust was not the best.  Perhaps improved if topped with dabs of butter during the last hour - as my grandmother used to do. Generally I remove the crust with each addition of milk, and stir in the milk and rice on the sides.

Many recipes by Jane Howard HERE