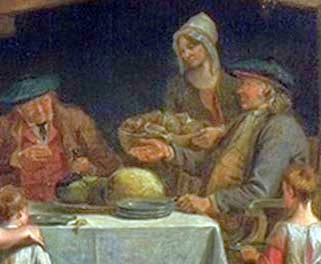 It is not Fall butchering time nor Burns Night (January 25), but after hearing an talk on Haggis yesterday, I wanted to do a quick pictorial on how to stuff a stomach.

The stomach acts like a pudding cloth (or like casings for sausage) to keep the ingredients together and in shape.  A post with recipes and more details on Haggis, Hog Maw (pig's stomach) and sausages can wait until Fall.

Questions were asked at the presentation about how the Haggis filling was put into the stomach.  The speaker had not seen it done and did not realize it was stuffed by hand.  I was the only one who had stuffed stomachs and tried to explain the process without pictures... so... this pictorial.  It is not of Haggis, but the Pa. German dish Hog Maw.  Pig stomachs may be bought cleaned with the interiors already scraped in butcher stores in German areas such as Frederick MD and Lancaster PA.  Only once did I go through the cooking the stomach for hours and scraping... only once.

Chopped potatoes, onions and eventually sausage meat will all be used to fill the stomach soaking in the second bowl.

The man is sewing the smaller opening, but it can also be pinned or tied.

Take handfuls of stuffing and fill the stomach

Keep filling and be careful not to rip the stomach.  When filled, sew, tie or pin that end.

Bake or steam the Hog Maw

Preparing Haggis in "The Haggis" from Harpers Monthly Magazine, 1884 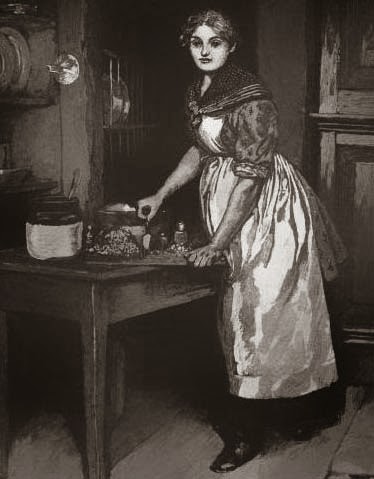 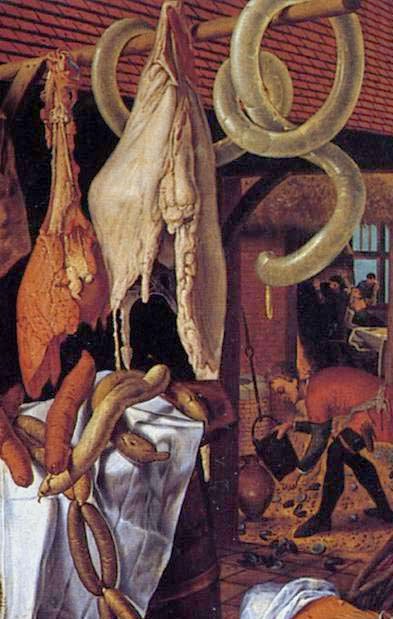 A white sausage.  As the casings are filled, twist the casing and fill the next section. 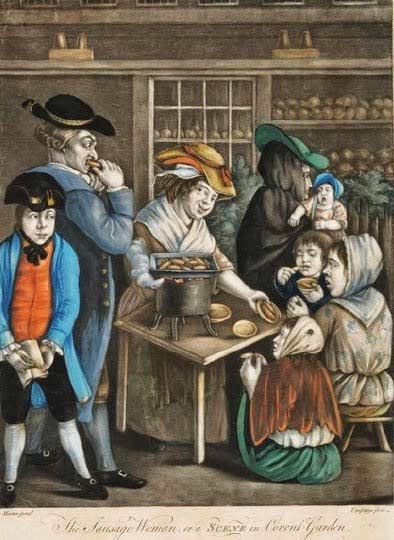 The first painting is a Haggis from "The Haggis Feast" by Alexander Fraser, c1840, owned by the National Trust of Scotland, Robert Burns Birthplace Museum.