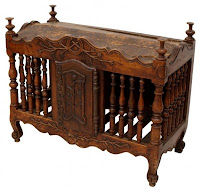 The panetiere was/is a wooden French bread box or bread bin; and a gloriously elaborate one at that.  Not your 1960s bread box - causing a rethinking of the querry - "Is it bigger than a bread box?"
More examples follow.


The average size for a panetiere was 30-36 inches wide, 16-18 inches deep and 26-39 inches high.  As usual, just click on the picture for a larger image, and go to the auction site links for additional views.

The image above is a late 18th century example with slated bottom and spindle sides to allow air flow, a plank back, and a locked door.  The auctioneers state that the lock was added later. Live auctioneers
Many were hung on the wall, as shown by the two hangers at the top back of this c1790 panetiere. Neal Auction 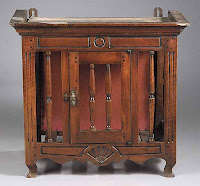 The lock and key in the door is seen on this panetiere from the 19th century.    Neal Auction 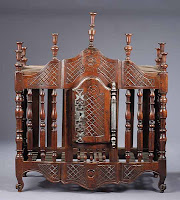 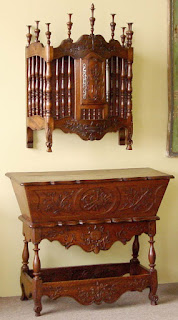 The 1805 Lavalle House, part of Historic Pensacola Village, in Florida portrays the French Creole style. A panetiere is hung in the kitchen. Lavalle House 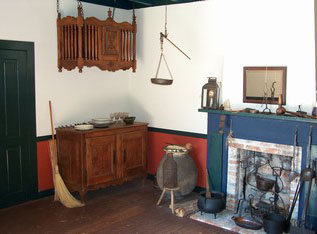