William Fuller of London invented his "Neopolitan Freezing Machine" (an early mechanized ice cream maker, replacing the sorbetiere) and wrote A Manual: containing original recipes for preparing ices, in 1851 before his patent.  Some interesting ice cream recipes included Spumoni, Spongati, Flowers, Candied eggs and many flavors. By 1847 he was the "ice pail maker" to Queen Victoria and other royals.

July is National Ice Cream Month, so once again, it is time for posts on ices.  PAST POSTS

Fuller's 36 page Manual was only available at his 60 Jermyn St. manufactory ("six doors from St. James's Street") where he sold his freezing machine "by which different ices can be made in a few minutes; and from the constant agitation of the mixture during the process of freezing it is the smoothest and finest quality."  He also sold Fuller's Ice Closet for meat, butter, cream to last seven or eight days, the Ice Preserver to store rough ice for several weeks and The Ice Pail for icing wine, water, butter, &c., either with rough ice or by artificial process."


Fuller described his machine as being superior to "more expensive and complicated Ice Machines."    "This Machine is so simple in its construction and so easily managed, that, with the assistance of the annexed engraving, a mere novice in the art of Ice-making will at once comprehend the modus operandi. It combines all the properties essential to an apparatus intended for general use—cheapness—durability—expedition and facility in the working of it—economy in the ice employed—cleanliness in the operation, and the certainty of arriving with precision at the point of perfection desired. It may also be kept in order without trouble or the incurring of additional expense by frequent repairs. These objects, it is well known, are not always attainable in the more expensive and complicated Ice Machines."

from The Manual (I added the headings) -

Recipes  (he did not use 'receipt')
Two cream bases: cooked custard and plain


"No. 33. Ice of all sorts of Flowers.
In Italy, and all other countries, this Ice, made with the scent of flowers, is very much used in Granite Moelleux or Soufflee It is made in the same manner as Ice Spongato de vanilla; the flowers mostly used are the lily, hyacinth, jasmine, orange, lemon, cedrat, wall-flowers, &c. Freeze it and add meringue paste.


No. 45. Other sorts of Ice of Candied Eggs.
In all mixtures of eggs, candied, you must beat the eggs up well with the sugar, until it rises, then sprinkle it with a little cold water, and add the flavour you prefer; put into it a plate of whipped cream and freeze it.

No. 1. Custard for Ices.
Stir the yolks of eighteen eggs well, with or without sugar, then put three pints and a half of cream, or milk, and other ingredients which you intend, and any flavour that you may prefer. Place it on a moderate fire, and stir it continually, with a spoon or whisk, until the mixture be combined, and of the consistence of a thick cream, taking care not to let it boil; afterwards pass it through a sieve, and, when it is cold, freeze it. When nearly frozen, put into it a plate of meringue paste, which is made with the whites of four eggs, beaten up to a firm froth, and three spoonsful of syrup, or powdered sugar. This meringue mixture must be put into all Ices, except Liquid Ices, to make them smooth and light.

No. 2. For plain Ice Cream.
Put sugar or syrup with the cream, or milk, without boiling, in the same proportions as in No. 25; then add the flavour and fruit that you wish, pass it through a sieve, and freeze it. 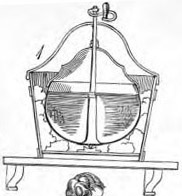 Figure 2.—Represents the action of gathering to the right and left and working the ingredients with a spaddle. 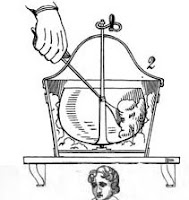 Figure 3.—Represents the putting of the Ice into an Ice-pot, when not intended for immediate use, and in which it can be kept for a long time. 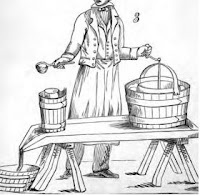 Figure 4.—Represents the mixture after it is frozen, and if you would wish to save it in the same Machine, you must add fresh Ice now and then, and keep stirring the mixture with a spaddle, at intervals, until required for use. 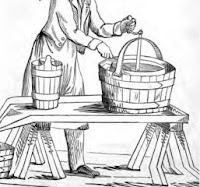 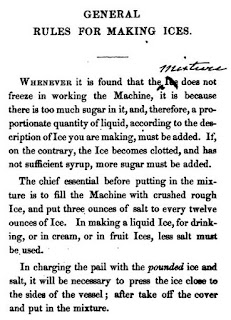 Problems with early ice-pots
Formerly, the process of freezing was a very troublesome and difficult one, requiring more practice and skill than could be easily attained by any one who could not give up all their time to it, and it is to this we owe the difficulty and expense formerly connected with ices, and icing generally. Formerly ice was made in ice-pots or sorbetieres, made of pewter, which were stood in pails containing a mixture of ice and salt, the ice-pot being so fitted in that it could be made to revolve by hand; the ice as it congealed at the sides of the pot being scraped into the centre with a spoon or spatula. This naturally was a work of time, and tiring at that, as the pot was open to allow of this ice scraping; then, when the mixture had at last frozen to the consistency of batter, it was packed into a mould with a tightfitting lid, the edges of which were then "luted " or pasted down with butter or fat of some kind to prevent any possible contamination from the salt with which the ice was mixed. How frequently this precaution failed many people can doubtless remember, as they recall the curious salty taste so frequently and unaccountably present in ices. This mould thus luted was then buried for a time in the ice and salt mixture until it should have solidified properly, and be fit to turn out. Necessarily much experience was required, and the process did not come within the limits of even the professed cook, who had so much besides to attend to.

New inventions
However, the difficulty has been overcome by various inventions, both British and foreign, notably American, and in consequence the popularity of ices and iced dishes has been largely increased; especially when the invention by Mrs. A. B. Marshall of the ice cave altogether did away with the troublesome process of burying the moulded ice out of sight and reach Personally, and speaking from much experience, the freezing tub and ice cave, brought out by Mrs. A. B. Marshall, the well-known cookery teacher, appears to me the simplest and most practical. " 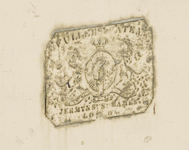